Highlights from EFECS 2022 in Amsterdam 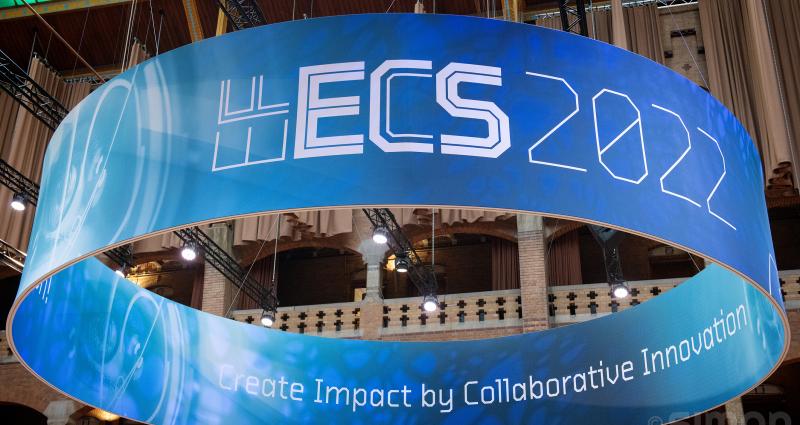 Over 600 European stakeholders and industry & research representatives gathered on the 24th and 25th of November 2022 at the European Forum for Electronic Components and Systems in Amsterdam. This key ECS community event, under the theme, Create impact by collaborative innovation, focused on autonomous and sustainable Europe along the Electronic Components and Systems value chain in Europe. The event was organised by three Industry Associations: Aeneas, EpoSS and Inside. KDT JU supported the conference alongside Bosch, NXP, and IPCEI on Microelectronics.

The event was opened by a keynote speech from Roberto Viola, Director-General of Communications Networks, Content and Technology, presenting the Commission proposal of the Chips Act, its ambitions and the actions already taken to achieve its objectives. The keynote speech was followed by Kurt Sievers, President & CEO of NXP Semiconductors and President of Aeneas. He made a punctual outlook of the ECS sector, stressing how industry leaders and institutions should direct investments on the fastest growing industries to keep Europe competitive and at the front-front of the ECS sector at the global level.

Innovation was the keyword of the Panel Create Impact for Europe with the Chips Act featuring, among many other prominent ECS leading corporation representatives, Jean-Luc Di Paola-Galloni - President of Inside Industry Association and Chair of the Private Members Board of the KDT JU. The Panel provided an inside view of the ECS supply chain and what it takes to ensure that the sector remains competitive: scale up innovation and pilot lines so that Europe will create the products of the future.

Lucilla Sioli, Director of Artificial Intelligence and Digital Industry at the DG CNECT, European Commission, opened and moderated the session “Align”, which presented current and prospective opportunities for collaboration and synergies combining and optimising the expertise of PPPs/JUs. The Panel also stressed how complementing projects will be central for developing cutting-edge applications of ECS in many decisive industries such as energy, high-performance computing and transport.

After the morning sessions, the KDT JU Executive Director ad interim, Yves Gigase, participated in the session “Impact”, during which he showed several testimonies from beneficiaries of KDT JU’s projects describing the impact that the collaboration had on their business, career, and overall society.

Finally, the KDT JU Project Manager, Anton Chichkov, handed the 2022 KDT JU Technology Pioneer Award to TAPES3. The objective of this KDT JU-supported project is to enable the continuation of Moore’s law by developing lithography, metrology and mask infrastructure adapt to build the next-generation technology: the 3nm node chips.

With more than 30 countries’ representatives joining the event, EFECS 2022 was a clear success in the post-Covid scenario. The networking session saw the presence of 71 booths and an overall 18 pitches coming from SMEs and research institutions.

But most of all it has allowed putting the human factor back at the centre of the discussion, which is a prerequisite for any collaborative initiative, such as KDT JU.